just watched a reportage about a siamese twin, joined at the head, sharing one brain. If one's tickled, the other'll laugh. It is even said that Krista could see through Tatiana's eyes.

People's stares are nothing new. Some even said to their mother,"They should be kept behind bars, in a cage. Why did you even give birth to them, bringing them out in public?" OMG, I just can't believe how ignorant people can be.

Said another siamese twin to their mother,"Life will be hard for them. You have to prepare them for it."

An excerpt from Wikipedia
Krista Hogan and Tatiana Hogan (born October 25, 2006) are craniopagus conjoined twins. They are joined at the top, backs, and sides of their heads. They were born in Vancouver, British Columbia, Canada, and are the only craniopagus twins currently alive in Canada.[1]

At birth, they were described as "wriggly, vigorous and very vocal."[2]

They live with their mother, Felicia Simms, in Vernon, British Columbia and travel to Vancouver for care at BC Children's Hospital and Sunny Hill Health Centre for Children. Their father is Brendan Hogan.[3]

Tests on the twin girls in April 2007 showed that Tatiana's heart is working harder than her sister's and that she has high blood pressure because of it. Tatiana is smaller and less robust than Krista. A surgery is planned to give Krista's heart a "jump start" so Tatiana's heart will not have to work so hard.[4]

The twins' nervous systems are highly interconnected; their doctors reported that when one of the girls is tickled, the other jumps, and that putting a pacifier in the mouth of one child could cause the other to stop crying.[4]

Their birth, potential separation, depth of community support and their family's financial situation have been subject to significant media coverage in Canada. The twins and their mother were also guests on The Tyra Banks Show in the US.

In August 2007, it was declared the girls cannot be separated, due to the likelihood of the surgery killing or paralyzing one or both girls. 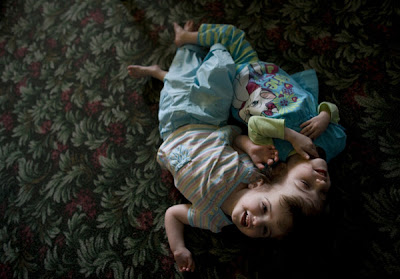 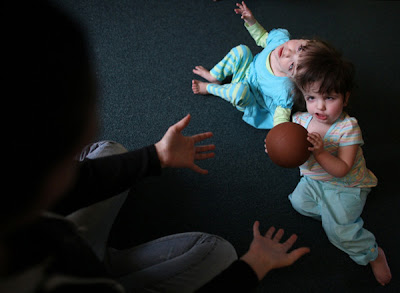 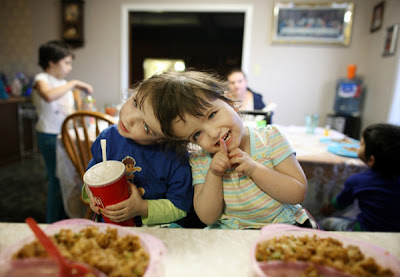 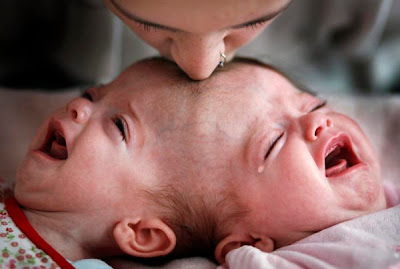 I just watched a TV show about the
Hogan twins and I must say that their mother is a terrific mother and the girls are adorable and look
very bright.
I do not understand how people can
be so cruel as to make remarks as
they do and should only say a prayer that they don't have such
a tremendous burden such as this
to face someday.
I say Keep it up to their parents
and it was nice to hear they wed.

Love and Good Luck for future.

The faith that this family has is amazing? The twins have certainly defied the odds concerning their survival. I think the family, especially the mother,was and is incredibly strong in her faith in God. God has a mission for the girls and nothing will happen to them because GOD controls our destinies.