Speaking about children, I went shopping with a few friends yesterday and out of sudden a blonde 5-year-old boy followed me everywhere in the store and held my hand.. His dad called him and even threatened to leave him there but he just didn't care and kept stalking me. Then I led him out of the store and handed him back to his dad but he pushed his dad away and ran back to me.
Me: "Look. Your dad misses you already."
He just shook his head and kept holding my hand until his dad decided to prise him away from me.. And boy, did he cry, struggling to reach me and kept waving his hand at me..
His innocent cuteness and honesty kinda touched me somehow.. :)

And if you think of it, how easy life was when we all were children, free to fall in love and express our feelings without any inhibitions nor boundaries. 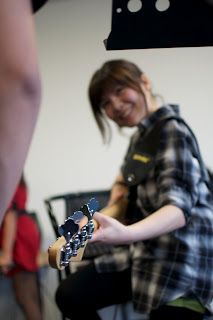 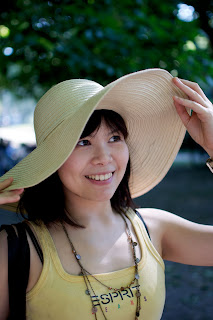 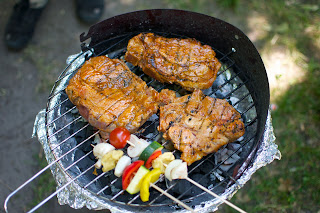 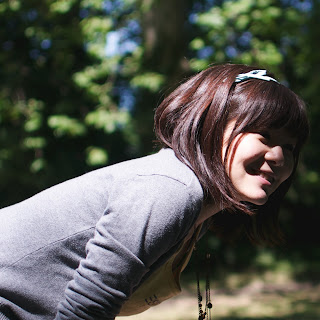 A 5000 Euro camera does indeed make everything look good, a standard looking girl incl. I guess I should've invested in a good/expensive camera instead of make up and clothes.
Posted by Wi Les at 12:21 AM No comments:

A matter of faith

A preacher once said that it is very important to stay in a community where people can strengthen each other's faith, where one can find support from other people who share a same view as it is written that a person who wanders alone will search for his own truth. A personal one instead of an absolute one. My question to this statement is: Is there an absolute truth? Which truth is defined as the real one, and based on what? The Bible apparently?

In my opinion, such statement is an attempt of a dogmatic brainwashing through power of majority, social opression, as we human beings are social animals and tend to be easily influenced by majority's voices and repitition of indoctrination. I think every one of us has experienced this at least once, suppose we don't like a song the first time we heard it, but your friend kept playing it for you, after some times of listening to the same song over and over again, we probably would start finding the song ok-ish, and after longer time, even unconsciously humming it.

If you're a lonewolf and keeping your distance, then you wouldn't be brainwashed so easily. I think this is probably what the community's afraid of. Difference, opposition, prospect of another truth being revealed. Funny how strongly communal brainwash and indoctrination can work. Have you ever wondered why a Christian always sees a divine revelation of Christ or Mother Mary but never of Krishna? And the other way around? The eyes always see what the heart wants to see.

Speaking about those lonewolves who search for their own truth, all those preachers out there should be grateful instead of criticizing them because without these 'lost lambs' you would still live in a dark age where there's no electricity, no printing devices to print those holy books of yours. Be thankful that Copernicus had taken the hard way of pursuing his personal truth instead of the biblical 'absolute' truth.

I think this is respect. 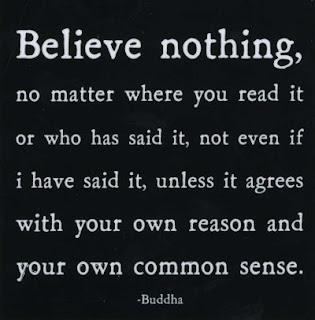 Not some forced 'it's a matter of faith/let there be this and that' nonsense which leaves no room for questions and free thinking.

I think being religious without the ability to think rationally forces the brain to release some chemicals which emotional effect is somewhat similar to a person falling blindly in love and, without even realizing it, being in an abusive relationship. No matter how the partner abuses us, we will always find some romantic justifications to tell ourselves that we're happy and content. Everything is squeezed to fit in the picture, and if it's not possible to squeeze in a logical explanation then it'll be dismissed and regarded as blasphemy or God's divine plan which isnt ours to see. Or to conclude in one sentence "It is a matter of faith".

"I do not feel obliged that the same God who has endowed us with sense, reason and intellect has intended us to forgo their use." -Galileo Galilei
Posted by Wi Les at 10:44 PM No comments:

When are we going to be able to take responsibility of the future if the mind is still burdened by religious irrationality and emotion?

True spirituality doesn't intend for a human being to see what is beyond -the after death realm- but for us to search for the deepest meaning of our present existence, in this space and time, in this one life.

True spirituality isnt about psychological romantism of some religion's truth, isnt about immature distraction or escape from life's misery. And not about testament of an out of body experience, which could merely be a brain catharsis.

True spirituality is an intellectual and spiritual journey in signifying this life, here and now, to recognize our connections with other human beings, nature, life and the mystery of this whole entity.