Wishing others their karma

Someone I know posted many status updates on Facebook about someone she's currently having a huge problem with.

" The more she covered everything up the more she is going to show her true colour! GOD is great :)"

These kind of status updates made me think.. Ok, apparently she's a devoted Christian who gives her God all the glory, but what about the main point of christianity, about forgiving people who mistreated her?
Hm, it makes me proud to be an agnostic.

A friend of mine just had her heart broken as her BF cheated on her with another girl. She kept saying,"Why am I so miserable and he's so happy now? Where's the fairness? But I believe karma exists. He'll reap what he sow".

Why do we have to wish others their bad karma? Because they hurt us?
Before you say I am not hurt and can't relate to them, let me put things straight. I was hurt deeply quite recently.
I used to be very angry at that someone but even in my anger, I never wished him his karma.
Ok, I got hurt. But maybe that person didn't intentionally mean to hurt me. He was just doing what he knows best. To everything there's a reason, perhaps that's the way he was brought up in the family.
What I know is that everybody deserves their own happiness.

Maybe he got his happiness by hurting other people. But I am supposed to be happy that I helped someone to get his happiness, aren't I?
I know, its easier said than done. But to tell you the truth, I was happy that he's happy, even though I was hurt.
As for me, at that time, I told myself, my turn would come. I deserved to be happy, just like everybody else, and I would be happy eventually. And guess what, I AM happy :)

I pity these people who harbor resentment and hatred towards others who hurt them, who wish people their karma and prayed that god wouldnt turn a blind eye on their pain by punishing those 'culprits'.

I don't really care if god has the time to hold revenge for them or if karma exists. All I care about is my own peace of mind. And what I know is that harboring those negative feelings is poisonous for me.

And wouldn't they be more resentful if those 'culprits' live a joyful and fulfilling life when they prayed every night for the culprit's bad karma? Who would be more miserable in the end? Well, I'm glad that it wouldn't be me. I choose to let go. And let everyone find their own happiness.

Am I naive? Maybe.
Naive and happy. 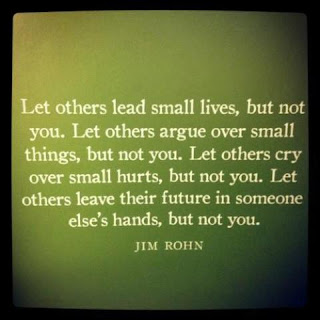 pain after ovulation with clomid | purchase clomid - buying clomid over the counter, clomid dosage during cycle

success rate of iui with clomid | [url=http://buycheapclomid.jimdo.com/#43905]where can i buy clomid online[/url] - clomid without prescription, cprb clomid emotional side effects

unprescribed clomid twins | nolva vs clomid - where can i buy clomid over the counter, when do you ovulate after taking clomid

Rotterdam and Stuttgart explain the feasibility of the manipulate of robots in the meadow of [url=http://www.ddtshanghaiescort.com]escort shanghai[/url] architecture

[url=http://flavors.me/sparkendperpternonlinel]Purchase Inderal With No Prescription
[/url]